Home › Blog › How Dangerous Are Fire Ants In Sarasota County?

How Dangerous Are Fire Ants In Sarasota County?

Ants are a nuisance no matter what species you're dealing with, but one species of ant takes things to the next level. This ant is none other than the fire ant. While sharing some similarities with the other ants, it's the differences that matter for property owners in the Sarasota County area. 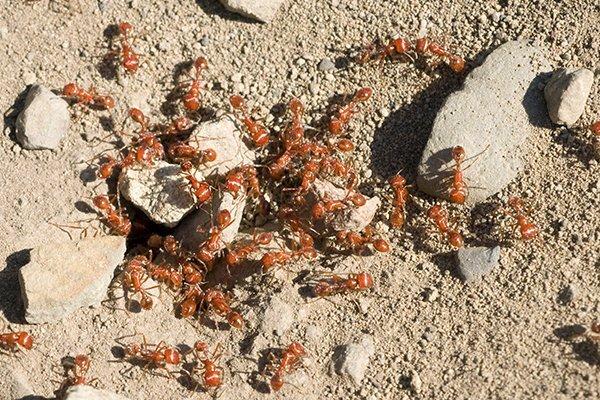 Fire ants are red and boast a stinger, unlike the other ants. Plus, they operate in large colonies that appear as mound-like nests. Finally, if you're unfortunate enough to disturb their colony, fire ants are far more aggressive in defending their territory than other ant species. Now that we’ve covered the basics, let's dive a little deeper into the dangers they pose for the residents of Sarasota County.

Stingers Make Them Dangerous For People

The good news is their sting isn't quite as powerful as a wasp sting. The bad news is the sting is still powerful in its own right. For this reason, it's important to look at what makes the fire ant dangerous:

Such A Pain To Handle On Your Own

It's a natural response to see an insect that brings pain and to think it's time to get them off the property. When using the services of a professional pest control company trained in fire ant control, this is also an effective response.

However, it's never a good idea to attempt fire ant removal on your own. For starters, their colonies go much deeper than the mound you see on the surface would suggest. That's why it's nearly impossible to take out the queen since she resides in the deepest part of the nest.

As long as the queen lives, the fire ants can easily migrate to create a new colony, which means the problem remains despite your best efforts. Their willingness to relocate is actually a defense mechanism that's considered standard practice. Professionals have both the experience and the equipment necessary to get the job done correctly the first time.

Get Help With Fire Ants From Keller Pest Control

Whenever you're experiencing a pest infestation problem or just want to be proactive in preventing them in the first place, our team at Keller Pest Control is ready and willing to help you enjoy a pest-free home.

Since 1996, we've treated homes in the Sarasota County area and beyond, which means we understand the pests that would invade your homes. This also includes fire ants. With us, you get a team of technicians that are courteous, knowledgeable, and work to respect your property and belongings without compromising on the results you need for peace of mind.

Do you need fire ant control services? Then give our team at Keller's Pest Control a call to speak with one of our agents about our professional pest control options or fill out our online form to schedule your quote.

And these are just a few! View our many reviews below:

“ Never had any bug issues since using Keller’s. Joe is our guy and he is the best!”

“ Keller’s Pest Control is a very reliable, knowledgeable and professional company that I would recommend to anyone and everyone!!”